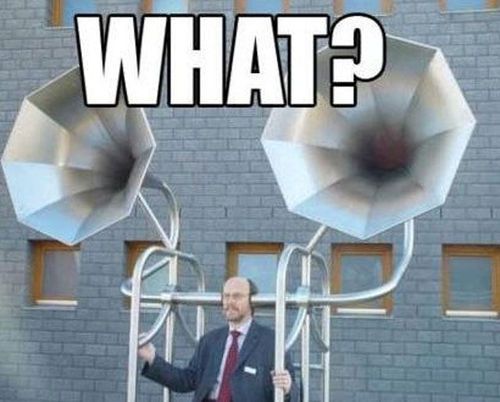 In my view, there are currently four hypotheses for the source of the world Hum that survive the most superficial scrutiny.

1. The Hum is rooted in Very Low Frequency (VLF) radio transmissions. It’s increasingly accepted now that the human body will sometimes experience electromagnetic (EM) energy and interpret it in a way that creates sounds….Alan Frey in his infamous “microwave hearing” experiments…..showed that certain radio frequencies can actually be heard as sounds.

2. The Hum is the grand accumulation of low-frequency sound and human-generated infrasound (sounds with audio frequencies below roughly 20 Hz and which can be felt more than they can be heard). This includes everything from highway noise to all manner of industrial activity.

3. The Hum is a terrestrial or geological phenomenon that generates low-frequency sounds or perceptions of those sounds…..there is a well-documented history of animals predicting earthquakes and taking action to save themselves…..When it comes to the Hum, some humans may have a similar physiological mechanism in place.

4. The Hum is an internally generated phenomenon, perhaps rooted in a particular anatomical variation, genetic predisposition or the result of toxicity and medication.”

My comments of the above sections.

1. RF, certainly a possibility. But from my understanding of Electromagnetic Radio Frequencies, RF can be blocked by shielding, so one would think in short order it could be eliminated or proven as the cause. But I realize nothing is as easy as it seems, and there may be RF components to the HUM that produce the effects in ways not considered in simple RF shielding experiments.

2. Grand accumulation of Low Frequency Sounds I think can be eliminated by the diverse areas where the HUM is perceived and the fact that, to me and my wife, it’s exactly the same near big cities or hundreds of miles away.

3. Terrestrial or Geological Sound – bing bing bing – I think we have a winner. In my humblest of opinions, this IS the cause, i.e. it’s natural, but for some reason or reasons, some people hear it, some don’t.

My pure conjecture on why I think sporadic hearing occurs follows:

3.1 We’re living to older ages than historically. I was an optician at one time, there’s a condition of Presybopia, starts in our 40s, essentially aging eyes, where the bi-convex lens in the eye (not the cornea) loses it’s natural elasticity, and we lose the ability to read without reading glasses. Possibly (probably) this loss of elasticity occurs in ear structures as well, and permiting some people to hear the HUM.

3.2 Food. And, as personal selections, the food we eat is varied, so chemicals found in them are varied too. Even people within the same household have different preferences for snacks, consume different amount of snacks, and different mixtures of them, ergo different elements naturally found in the base material for the snacks and different chemicals used to process them. And people outside the home, the sky is the limit for food choices. And we now eat food year round that we used to only eat in season. So, chemicals and substances in them are continuously consumed, rather than with significant break. And foods are much more widely distributed throughout the world, so people over a broader range consume those chemicals and substances.

3.3 We’re inundated with chemicals, but not the same chemicals. Well water, city water, filtered water, these alone produce a wide variation of exposures, and using water as an example is but the tip of the iceberg, pun intended. Chemical and medication exposures vary greatly throughout the public, and even those intentionally on medication for conditions vary greatly in their response to them.

It’s possible that food, the elements the food is comprised of and chemicals used in processing, and other chemicals we’re exposed to and medications, influence the ability to hear the HUM.

3.4 An interesting effect I just heard of, in my estimation, may explain the Hum. It’s known as the Schumann Resonance:

“Schumann Resonance” from a Wiki article:

See the article for more….

The theory, as espoused by the two video links immediately above is that somehow these naturally occurring electromagnetic fields are mechanically coupled to the earth, producing sounds heard by some individuals.

For years I listened to industrial transformers power up and operate; 15,000 volts, or 5,000 volts, applied to a transformer that was new or previously powered down, is a frightening thing to hear; I’m not having any problem in believing something on the scale of continuous lighting in a chamber that effectively exists between the earth and ionosphere is capable of mechanically coupling in some fashion, perhaps the global network of above ground power transmission couples the sound from affected wiring into the ground supporting the towers or poles for the wiring. Power Transmission, in itself, is something that has greatly expanded over the years.

So, sounds may be had from reactions of electrical currents to the physical environment.

And below, a “weird sound from the sky” video, but of the many online, this appears to be a known effect from storms. The National Weather Service (NWS) issued an advisory on this event, they claim it was “Sound Ducting” from a nearby storm system. I looked it up, online, and saw it in the advisory in the NWS archive.

This is an event where, I would guess, the varied noise in a storm, under unusual circumstances, is transmitted to a location relatively remote from the storm itself.

4. The Hum is an internally generated phenomenon – not a chance. My wife, with poor hearing, especially in one ear, and high frequency tinnitus in both years, heard it for years as well as I do, and I have hearing that was tested every year at work, better than normal, no occupational loss but what one would expect with age.

Well, I’ve been hearing it without stop for days now, but one day, I’ll get a break. I’ve had a break so long I thought I kind of missed it, but it’s back, I’m not so sure ruing its loss was the brightest thing to do.