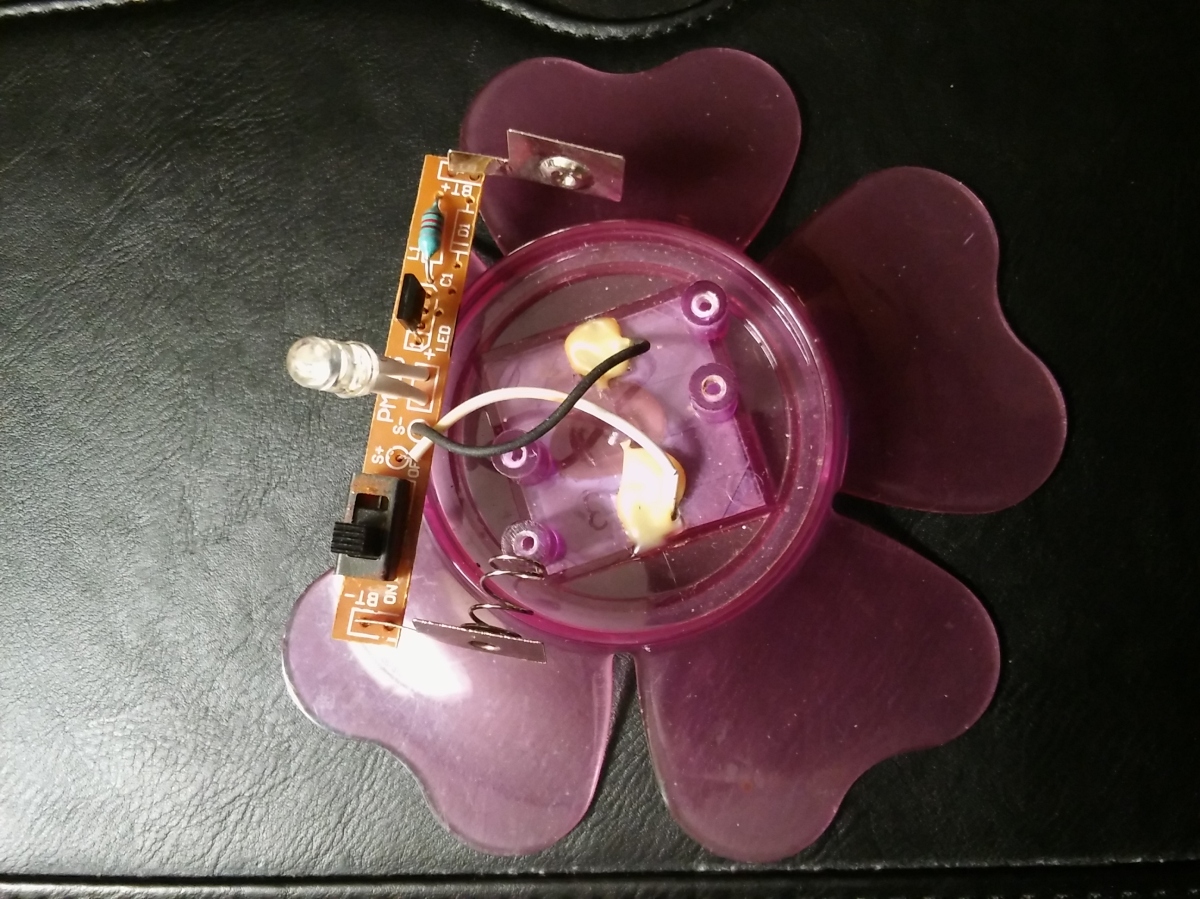 I’ve repaired a few LED Yard Lights. They mostly use ultra simple circuit boards, and often a little Integrated Circuit (IC) Soldered to the board goes bad. I had to buy about 20 of these IC Circuits, they come in bulk. Used a few, they are in TO-94 Packages, 4 Pins in a Single Line.

Of course, when other Yard Lights went bad, different models, I tried these chips too. I know better, but I did it anyway. It didn’t work. Even though there are 4 pins on each, the Pin-Outs are different. But I never got that far, looking up the Pin-Outs, since every time I connected the Solar Cell to it, and exposed it to light, Bright Light, there was insufficient voltage on the Circuit Board to run the board or charge the battery.

For Shitz and Giggles, I decided to try a much smaller Solar Cell in the place of the one I was using. And the board I was using has the correct IC Chip on it. Exposed that Solar Cell to Bright Light, and wham!, the requisite voltage was there, including charging voltage to the Re-Chargeable Battery Contacts.

So, I’m working on adapting existing boards; there’s only a few of them; to use the chip I already have. Now that I know that the Solar Cell is bad, I can move on to more constructive work. Attached are photos of the actual voltage reading of the Solar Cell shown on the Meter Above the image of the actual Solar Cell. The Left Solar Cell is Defunct. No Output when connected directly to the meter and exposed to Bright Light. Looking at the Solar Cell, it can be seen that Circuit Tracks have apparently oxidized away inside.

I then made a pencil sketch of each board, the wiring to and between the components, the connection points for the Solar Cell and Re-Chargeable Battery. And, that, in turn, was converted into a drawing and saved as an image.

Now I can see why the Pin-Outs for each Chip (IC) is important, for though they looked similar, they aren’t wired, internally, the same. If needed, I can cut existing Tracks on the Board and solder in small wires to redirect the connection points.